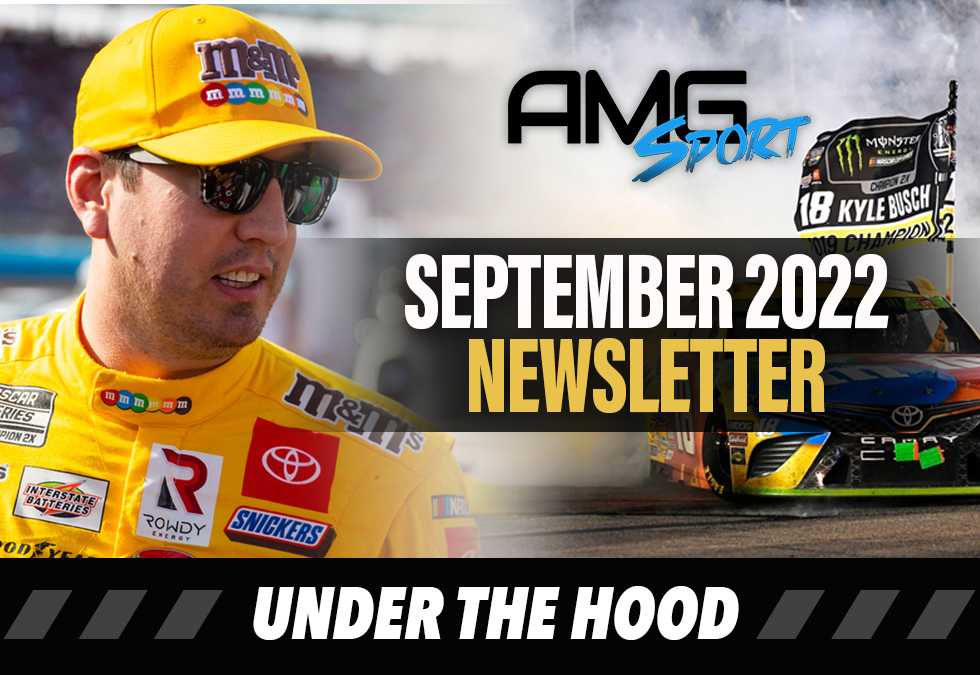 3 Lessons we can learn from the M&M’s Sponsorship

In the midst of Mars Company brand M&M’s farewell tour from NASCAR, having sponsored the iconic No. 18 Toyota driven by Kyle Busch and Joe Gibbs Racing since 2008, we reflect on the 3 biggest lessons we can learn from this sponsorship from a marketing standpoint. To most, the success of the sponsorship can be defined by one of the longest and winningest NASCAR sponsorships ever:

But to us, the success of this sponsorship from a marketing perspective is even more remarkable. So let’s dive into the lessons we can learn from M&M’s.

#1 Changing with the times

From staffing, to social media management, to activations, to overall marketing strategy, M&M’s absolutely nailed it when it comes to achieving maximum ROI throughout their time in NASCAR. One of the biggest reasons they have been able to find success is due to their ability to pivot and adapt to the ever-changing social landscape. Simply put, the same advertising strategy that may have worked in 2008 would not have performed well in 2016 because of the immense impact that social media had on the world of marketing.

To combat this, M&M’s was able to pivot and create a strong social strategy in collaboration with Kyle Busch in order to meet fans where they were (online) and keep them engaged. In July of 2018, M&M’s launched the “#18n18” campaign, where fans were encouraged to use the hashtag “18n18” for a chance to earn a spot on Busch’s car, as well as other VIP prizes. Busch had already won eight times during that year by the time the campaign launched, which was a big factor in M&M’s being able to use that momentum to their advantage. By asking fans to engage with a simple hashtag and incentivizing them with once-in-a-lifetime prices, NASCAR fans were able to have never before given access to their favorite driver, which made this campaign a massive success.

Throughout M&M’s years in NASCAR, what they quickly became most known for was their creativity in executing their brand activations at the racetrack. A common misconception about on-site brand activation is that it’s just “setting up a tent” or “putting up a sign”. While technically this is a form of on-site brand activation, we believe that the way you make your brand stand out and achieve maximum ROI is by creating an engaging racetrack experience that is unique to the individual brand and sparks conversation, which will ultimately influence the consumer to make a decision on your product. As usual, M&M’s went above and beyond on their execution and set the standard for any brand looking to achieve that same level of success. Let’s take a look at the 2 of the most influential activations that were employed during M&M’s reign of the NASCAR Sponsorship world.

M&M’s really took “setting up a tent at the racetrack” to a whole new level for this brand activation. Think of a five-star, all-inclusive, luxury camping experience, except you’re legitimately sleeping at NASCAR Speedways. In 2019, M&M’s executed this unique experience at both Kentucky Speedway and Bristol Motor Speedway, setting up 30 M&M’s branded tents which sold out within hours of becoming available.

Included in the $500 ticket price, glampers received their own custom and comfy M&M’s tent, access to VIP viewing areas, tailgate games and movie screenings, private bathroom and shower trailers, catered meals, special guest appearances from some of NASCAR’s biggest personalities, and all things M&M’S Racing. This allowed fans to have an unforgettable weekend experience where they were able to see NASCAR in a new light, all thanks to the curated environment that M&M’s provided.

What better way to promote a product revival than with a parody video featuring one of NASCAR’s biggest stars? In 2016, as M&M’s was preparing to bring back “M&M’s Crispy”, a product that had been sidelined for more than a decade, they decided to collaborate with their NASCAR driver, Kyle Busch, to create a 2 minute parody video of the 1990 racing moving, Days of Thunder, which Busch happens to be a huge fan of. The comical two-minute commercial pictured Busch, Joe Gibbs and Busch’s crew chief, Adam Stevens, while they recreated iconic moments from the film.

While the video production and storyline itself are remarkably executed, perhaps the most significant component of the entire commercial is the M&M’s product placement throughout its entirety. Whether it’s a bowl of M&M’s Crispy on the table, the pit crew waving at Kyle Busch while snacking on packs of M&M’s Crispy, or the clever car placement in the background showcasing the paint scheme reading “CRISPY” on Busch’s No. 18 car, it is the product placement that took this activation to another level.

One of the more obvious reasons that the M&M’s NASCAR sponsorship is so successful is because everything is done right. From top to bottom, M&M’s made sure they went all in in every aspect. Operating on a budget of 25 million dollars annually, they covered their bases with staffing, marketing activations, product giveaways, fan engagement, and content creation. So what does that mean for all of the other companies out there who can’t afford to spend 25 million dollars annually on a NASCAR Sponsorship?

Here at AMG Sport, we advise our clients to do the best they can with what they have, but this doesn’t always mean financially. One of the biggest issues we run into with our clients is that they let us coordinate/manage their sponsorship, but are reluctant to let us collaborate with them on everything else. We pride ourselves on being a turn-key sponsorship solution, meaning if you are going to trust us with the sponsorship side of things, you have to trust us with the branding social media, content creation, on-site activations, and website optimization. All of these things work cohesively together as a unit in order to help you achieve maximum ROI.

You don’t have to spend 25 million dollars a year to have a successful NASCAR sponsorship, but when you go in, you have to go all in. M&M’s NASCAR sponsorship was practically flawless in the sense that everything they were doing was working in unison with one another. So if you’re going to do a NASCAR Sponsorship with us, do it right! Let us sweat all the details so you don’t have to.

The Inside Scoop: Construction Companies 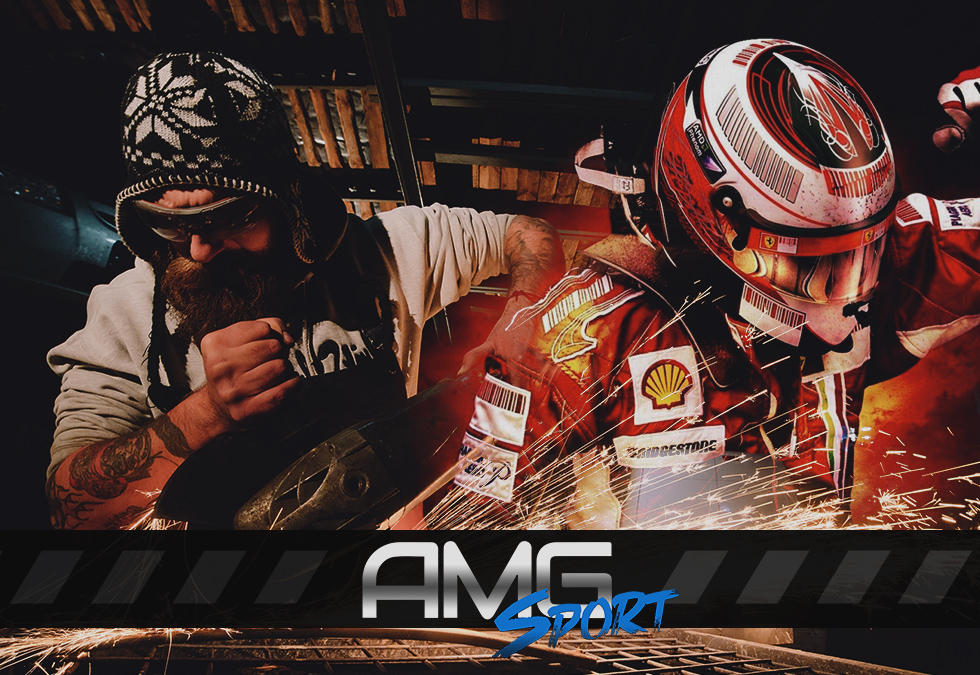 Tool brands have always been present in NASCAR Sponsorships. Whether it’s Dewalt, Stanley, or Craftsman that you see on the hood of a car that’s flying down the racetrack every weekend, there’s always going to be a place for those tool brands, simply because there’s always a race car that needs tools in order to be fixed. But what about the industry that uses all different types of tools everyday in order to perform their job?

The emergence of construction companies in NASCAR sponsorships have proven to be very lucrative advertising opportunities for them as well as a great way to recruit new employees for upcoming jobs. Statistics show that NASCAR fans are 50% more likely to be in the maintenance/repair industry than non-fans and 39% more likely to work in the     construction/extraction industry than non-fans. This means that construction companies who choose to do a NASCAR Sponsorship have a staggering advantage over their competition when it comes to recruitment, simply because their target employees are already watching the race anyways.

In 2019, Procore, the leading provider of cloud-based applications for the construction industry, made waves in the sponsorship world when they became a primary sponsor of Leavine Family Racing (LFR), committing to 12 races for the No. 95 Toyota driven by Matt DiBenedetto in the NASCAR Cup Series. When Procore was asked why they chose a NASCAR sponsorship as an advertising avenue, the answer was simple. “With a large percentage of the NASCAR fan base coming from the construction industry this has been an excellent platform for brand exposure. We are really looking forward to all the changes with Toyota, the JGR alliance, and Matt DiBenedetto behind the wheel” said Procore’s VP of Industry Marketing, Mark Lyons.

Now you know how a NASCAR sponsorship can be leveraged to get new employees, but what about retaining the ones you already have? This is another piece of the puzzle that proves to be advantageous to construction companies who choose to do a NASCAR Sponsorship because they are able to bring their current employees to the race, get VIP access and seating on Pit Road, meet and greets with the team/driver, and much more. So, if you’re looking to spend marketing dollars and get equal parts, brand awareness, education, consumer and B2B opportunities, and employee recruitment and retention, you won’t find a better investment than a NASCAR Sponsorship. 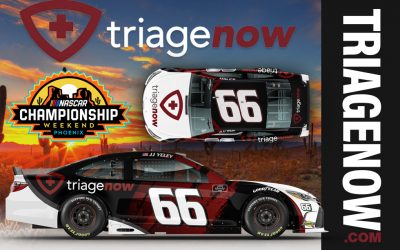 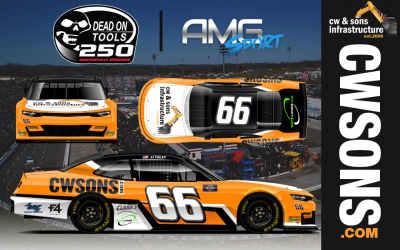 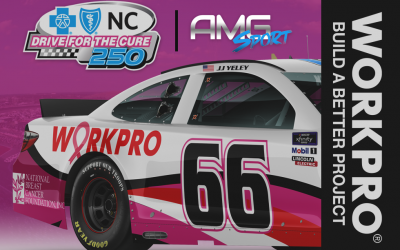 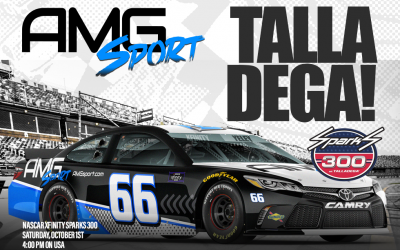 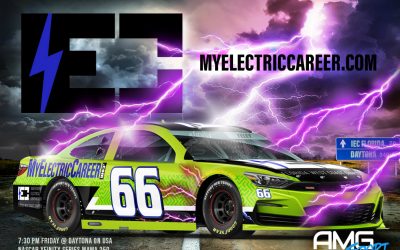