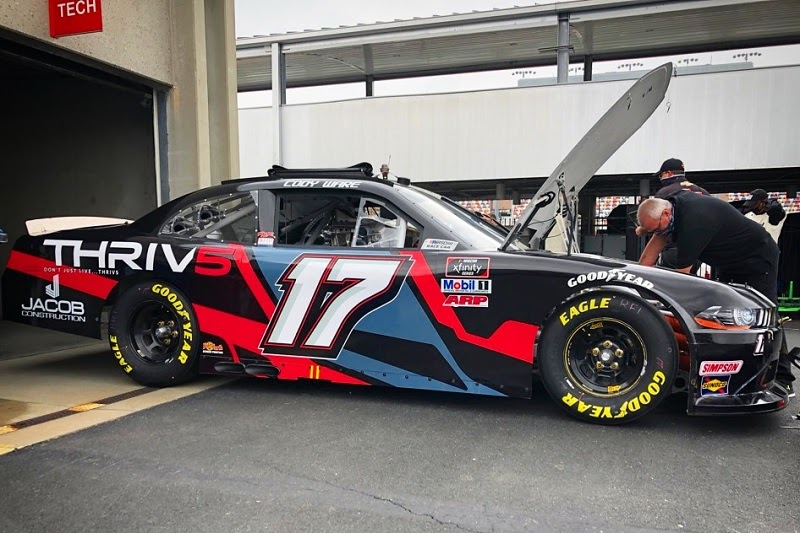 On Saturday, Rick Ware Racing made its return to the NASCAR Xfinity Series as Cody Ware piloted the #17 Ford Mustang to a seventh-place finish in the wet at the Charlotte Motor Speedway Roval. Two days later, the team announced it will race again at Martinsville Speedway in late October ahead of a full-time Xfinity schedule in 2021.

“I have always loved the NASCAR Xfinity Series,” said team owner Rick Ware in a statement. “We have had a ton of success and we felt that the time was right to return. Partnering with our Cup Series partners has given us the ability to reach even further and provide an amazing value for them.”

The team fields an armada of cars in the NASCAR Cup Series, many of which were attained in acquisitions and alliances with other organisations. Running on a full-time basis are the #15, #27, #51, and #53; the three numbers sit thirty-second, thirty-third, thirty-sixth, and thirty-eighth in the owners’ standings, respectively. The #15, then of Premium Motorsports, has primarily been driven by rookie Brennan Poole, while the #27 began the season as the #52. The #51 holds a charter formerly owned by Richard Petty Motorsports, and is thus officially listed as Petty Ware Racing. The #53 was the #36, an ex-Front Row Motorsports charter, for the Daytona 500; former FRM driver David Ragan drove the car to a fourth-place finish.

Among the drivers who have raced for RWR’s Cup stable in 2020 are Josh Bilicki, Bayley Currey, James Davison, Joey Gase, Gray Gaulding, B.J. McLeod, Garrett Smithley, David Starr, and J.J. Yeley. Gase and Yeley have run the bulk of the schedule, while the latter attempted the Daytona 500 in the #54. McLeod’s B.J. McLeod Motorsports team, which began premier series racing in May, has a partnership with RWR.

Before the team began racing at the Cup level in 2017, it was a regular face on the Xfinity Series circuit. In 2019, RWR allied with Mike Harmon Racing to field the #17 on a limited schedule. Ware’s operation has also competed in a variety of series including the NASCAR Truck Series, the IndyCar Series, and the Asian Le Mans Series. RWR’s open-wheel début came at the Indianapolis 500 in August with Davison, while the team and Cody Ware won the 2019–20 Asian Le Mans LMP2 Am championship.

Although the Roval marked the RWR’s Xfinity return, the team was already present in the Xfinity garage as an ally of SS-Green Light Racing. The partnership was formed in May to field SSGLR’s #07 after regular driver Ray Black Jr. was forced to withdraw from racing to focus on his family business in the wake of the COVID-19 pandemic; Ware said in a press release that month that he had “considered starting our Xfinity team up again (in late 2019), however the opportunity to expand in the Cup Series presented itself.” Various RWR Cup drivers including Gase, Gaulding, Smithley, Starr, and Yeley have spent time in the #07, as have road ringers like Jade Buford and R.C. Enerson, and the team owner’s other son Carson Ware.

In two NASCAR starts in 2020, Cody Ware has enjoyed solid results with a nineteenth-place finish in the Talladega fall Cup race, followed by his Xfinity Roval run a week later. The latter marked the North Carolina-born anime fan’s first NASCAR national series top ten and the sixth such run for RWR in 444 total Xfinity starts.

“It’s pretty cool to be able to build a brand new car with a brand new team and to show up and be in the mix with the large teams immediately,” commented crew chief Mike Hillman, a former Cup team owner. “Cody has really come into his own and after winning the Asian Le Mans Championship, he really has found the confidence to run where he belongs, in the front.”

Specifics of the 2021 plans were not immediately revealed. The Martinsville race, the first Xfinity event at the short track since 2006, will take place on 31 October.