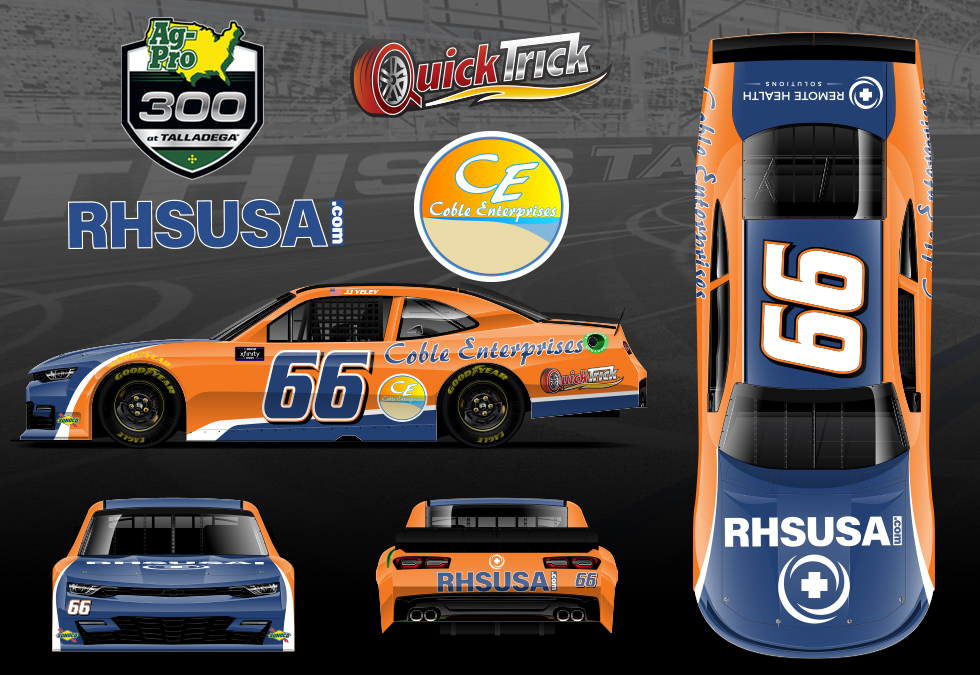 From NASCAR Racer to Inventor to Mr. QuickTrick

“When we started to discuss sponsorship, we knew we wanted to be involved in NASCAR at some point, but we wanted it to be an authentic relationship with a team and the driver”.”
— Tess Winningham, Co-Founder and CEO

TAMPA, FL, USA, April 19, 2022 /EINPresswire.com/ — Necessity is the Mother of invention and that saying couldn’t be more fitting than for Alignment Simple Solutions, inventors of QuickTrick®portable wheel alignment products.

Gary Gann,Chief Innovation Officer and Co Founder, Spent years working on cars and racing them in various circuits including NASCAR. Gary was the one that finally came up with a DIY invention for all the automotive enthusiasts and racers out there.

“There was always a time when we would look at each other and say “ok it’s time to get it aligned, what do we do now…? You take your “weekend warrior” or your dropped, pride and joy to your local alignment shop and tell him you want % toe out on the front and 1/8 toe in on the rear and 2 degrees of negative camber all the way around, the look you will get from that person is almost guaranteed to be a blank stare.

With that thought in mind, Alignment Simple Solutions was created. The QuickTrick® Alignment System is simplistic and effective and the perfect way to let anyone check their own alignment, without having to trust someone else. In a matter of minutes, you will be able to check your alignment on ANY vehicle. There is no special training needed to operate our tools, if you can read a tape measure you are 99.9% trained. The other .1% of your training is reduced to opening a box.

“When we started to discuss sponsorship, we knew we wanted to be involved in NASCAR at some point, but we wanted it to be an authentic relationship with a team and the driver”. Said Tess Winningham, Co-Founder and CEO of QuickTrick®.

That opportunity presented itself in the form of a relationship with MBM Motorsports and JJ Yeley.
While shooting some content at the MBM shop in Statesville, NC. Carl Long, owner of MBM, remarked at how great the alignment tool worked conceptually, but needed some tweaking to be suitable for use on a stock car setup.

Luckily all this was caught on video and when Tess and Gary heard the feedback they immediately took to building a new generation of system for stock cars.
“I can’t wait to meet them and see the new product when we go to ‘Dega”. said, Carl Long, MBM QuickTrick® will make their NASCAR debut as an associate sponsor on the number No.66 Xfinity car and as official DIY Alignment tool of the team for the Ag-Pro 300 at Talladega Superspeedway April 23 and will continue their growing relationship for the remainder of the season.

About Alignment Simple Solutions: QuickTrick was started as a home hobby with the first QuickTrick®being invented for use for Chump Car races. We needed a tool to adjust the race car alignment for each track and for all three angles of caster, camber & toe.

The business was formed in 2012 after the demand became evident and we won a few awards.

Our mission is to provide quality manufacture of portable & affordable wheel alignment products. We work to achieve our mission by understanding the needs of our customers, consumer and business, ongoing product improvement and innovation, educational development to ourselves and associates and by giving back to the community through our preferred charities. https://quicktrickalignment.com/

About AMG Sport (AMG):
Located in Tampa FL, our growing firm delivers turnkey Advertising, Marketing, and Public Relations solutions for well-known global brands and SMBs across a wide spectrum of verticals. AMG staff have decades of experience delivering for clients and ensuring each brand or business is matched with an advertising partner who will deliver on their word. Find them at: https://amgsport.com/
###