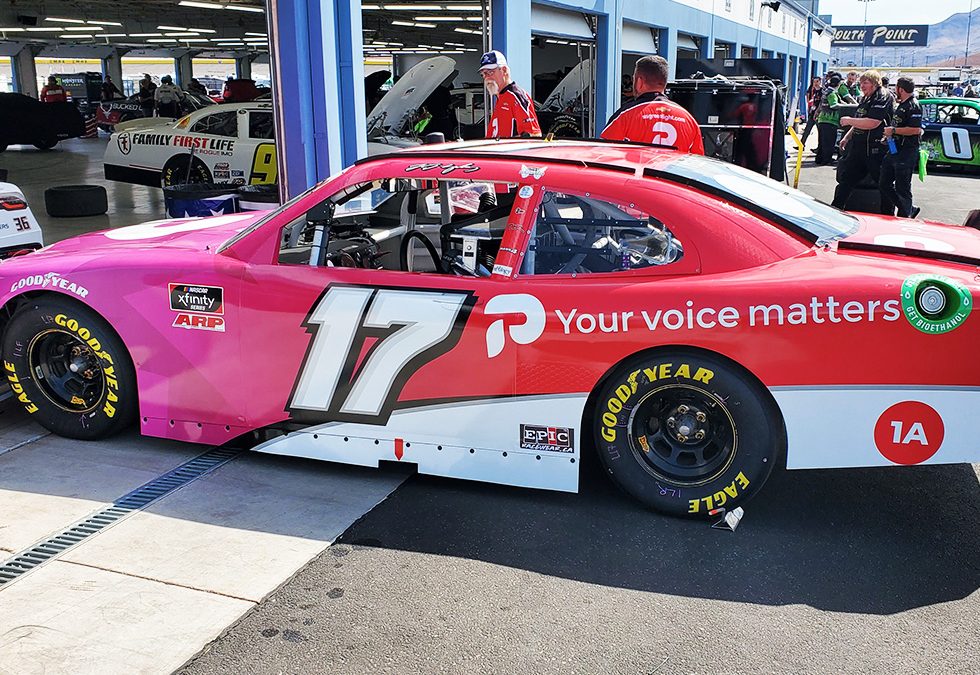 Parler, the free speech social media network, working with AMGsport out of Tampa, FL will be the primary sponsor of the No. 17 SS Green Light NASCAR Xfinity Series car driven by JJ Yeley for the Alsco Uniforms 302 at Las Vegas Motor Speedway on Saturday, September 25.

Parler’s platform has gained traction in the wake of changes in Big Tech policy, where various special-interest groups and government officials wield extraordinary influence. The world’s town square, as Parler is known, is built upon a foundation of respect for privacy and personal data, free speech, free markets, and ethical, transparent corporate policy.

NASCAR and the Xfinity series are notably cohesive with the Parler brand. NASCAR has made great strides with its diversity and inclusion programs, and Parler is the inclusive social media platform, welcoming people from all political affiliations and with all viewpoints. In addition, Parler and NASCAR both stand for liberty, family values, and love of country.

Parler CEO George Farmer said aligning with a driver who embodies the values important to both the Parler and NASCAR communities was essential. “JJ Yeley is that guy,” Farmer said.

Yeley is equally excited, “It’s great having Parler on board for this race. I think Parler echoes the sentiment of a lot of NASCAR fans and myself, that free speech and the ability to have open conversation on or offline without fear is an important part of this country.”

The race will air on NBCSN and licensed streaming services.

SS Green Light Racing was founded by and is operated by Bobby Dotter, a second-generation driver who began his racing career as a teenager in the Chicago, IL area. Credited for bringing DeWalt into NASCAR, Dotter has turned to developing young drivers in the sport. Over the years many talented drivers have been with Dotter at SS Green Light Racing including Tim Sauter, Mike Bliss, Chad McCumbee, Butch Miller, Jason White, David Starr, Ross Chastain, Ray Black Jr., Joey Gase, and Spencer Boyd.